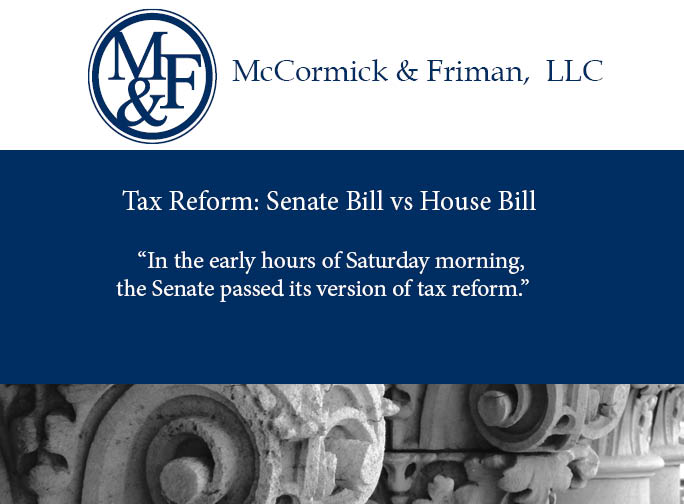 In the early hours of Saturday morning the Senate passed its version of tax reform. The House bill and the Senate bill will now go to conference committee to iron out the differences. To my surprise the Senate’s final bill made some significant moves to the House version of tax reform so I am relatively confident that the conference committee will be able to consolidate these to bills and will result with something to send to the President. Indeed, it looks like we may have tax reform after more than 30 years.