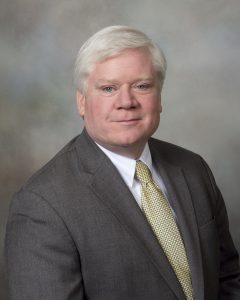 Lawrence became of counsel to the firm in August 2004. Lawrence’s practice focuses on both residential and commercial real estate transactions with a concentration in municipal code compliance and zoning issues. Lawrence represents property owners, developers in all types of zoning matters from amendments to the zoning ordinance, variances and administrative adjustments. He also defends clients who face charges of code and compliance violations at administrative hearings and in the Circuit Court of Cook County.

Lawrence graduated from Chicago’s St. Xavier University and Loyola University School of Law. While in school, he interned in the U.S. District Court for the Northern District of Illinois. There, Lawrence was awarded the William J. Campbell Award for the outstanding intern in the Federal Defender Program. Lawrence is a member of the Illinois State Bar Association and the Chicago Bar Association.